Whats Left of Me Paul Templer 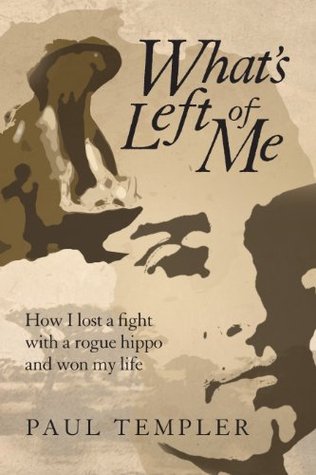 Story of a guy who was born in Africa and, after a pretty wild young adulthood, became a river guide on the Zambezi River. He was attacked and nearly killed by a rogue hippo, but lived to tell the tale.I finished this book in no time because the story was pretty interesting. I havent read many books about the white African experience during the revolutions that took place in places like Rhodesia (now Zimbabwe. Templer was born and raised there and learned to live with the constant revolution that was going on around him. Then he stayed there to become the river guide because he loved his country and he loved adventure.

He eventually marries and moves to Michigan.There is some Christian reference, though not heavy handed and some 12 step allusions, though he never exactly says hes in a 12 step program. It is simply but well-written.

Comments
Comments for "Whats Left of Me":