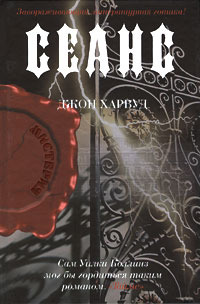 Review from BadelyngeThe Seance by John Harwood is set in the 1880s and is the story of Constance Langton. She becomes involved in spiritualism in an effort to lift her mother from the crippling grief of losing a child. Constance, due to the lack of regard and love from her parents has always had the nagging feeling that there is some mystery about her heritage, believing herself to be a foundling. Through diaries and journals and the aid of a world weary solicitor called Mr Montague she discovers a frightening legacy linking her to a crumbling deserted manor, Wraxford Hall, with a dark and murderous history.

Its a brilliantly written homage to the Victorian mysteries and ghost stories of such classic authors as Wilkie Collins, Dickens, A.C. Doyle and M.R. James etc. Its full of styles, motifs, little references, names etc that will be familiar to fans of this area of literature. My personal favourite segments are those featuring the testimony of John Montague- with such a name it shouldnt surprise anybody to discover the style during these segments is an almost perfect homage to the ghost stories of Montague Rhodes James. Its a style Ive seen attempted many times (Ive tried it myself), but Harwood nails it flawlessly, bringing to mind stories like Count Magnus, The Mezzotint, Lost Hearts and others.

If the book had been able to maintain its creepy, portentous atmosphere throughout Id have given it 5 stars but the last third, as it attempts to resolve the various strands of mystery, does become a little more pedestrian in style. Its still one of the best book Ive read this year so far.